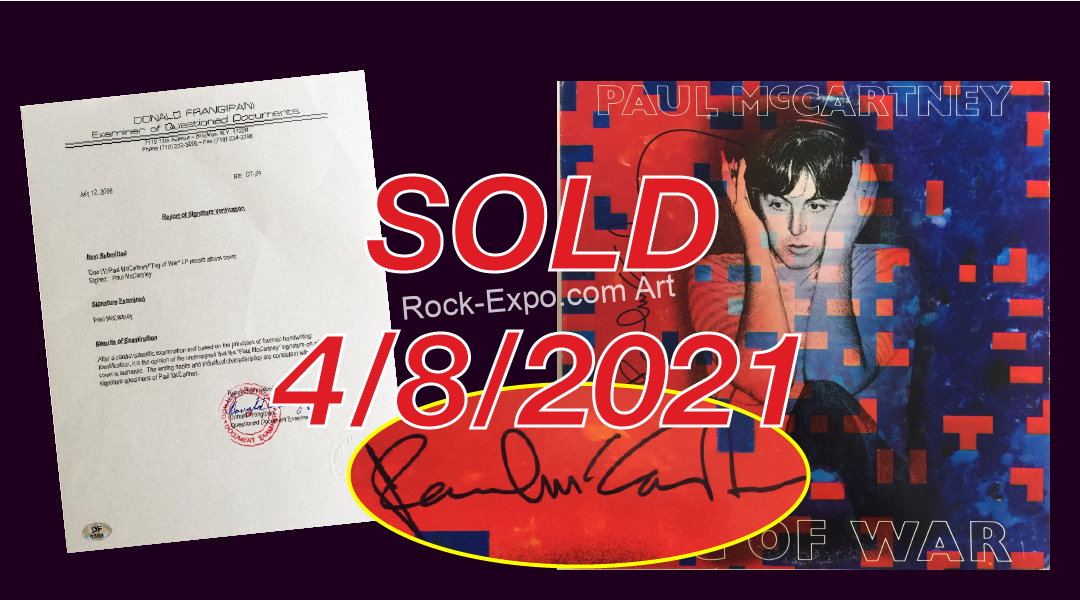 ,One of only 2 Beatles left on the planet. Prior to the pandemic, Sir Paul routinely sold out baseball and football stadiums worldwide and is sometimes accessible to sign autographs (unlike bandmate Ringo who only signs for his foundation at this point).

His bold signature is signed on front cover of Tug of War LP, his 3rd solo LP (first after Wings broke up) released in 1982. This was the 11th LP he released after break up of The Beatles. McCartney’s legend as a singer and songwriter TOP OF THE FOOD CHAIN in rock history. When paired with John Lennon, they considered the best and most successful songwriting duo of the 20th century.