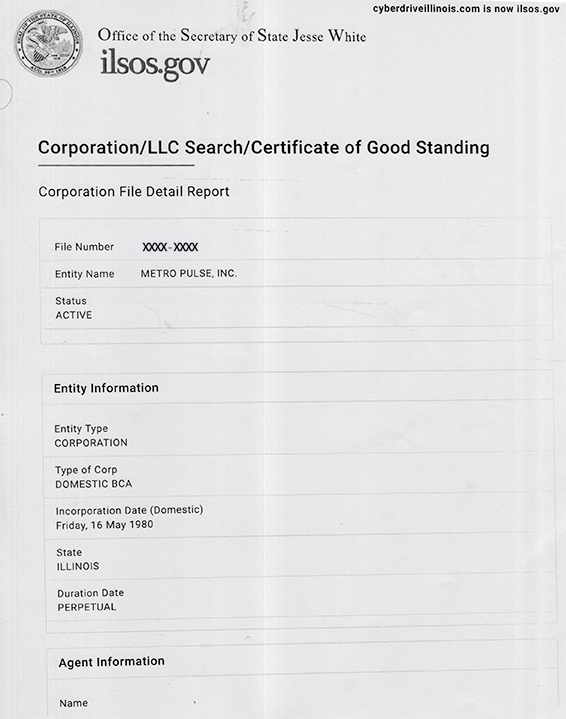 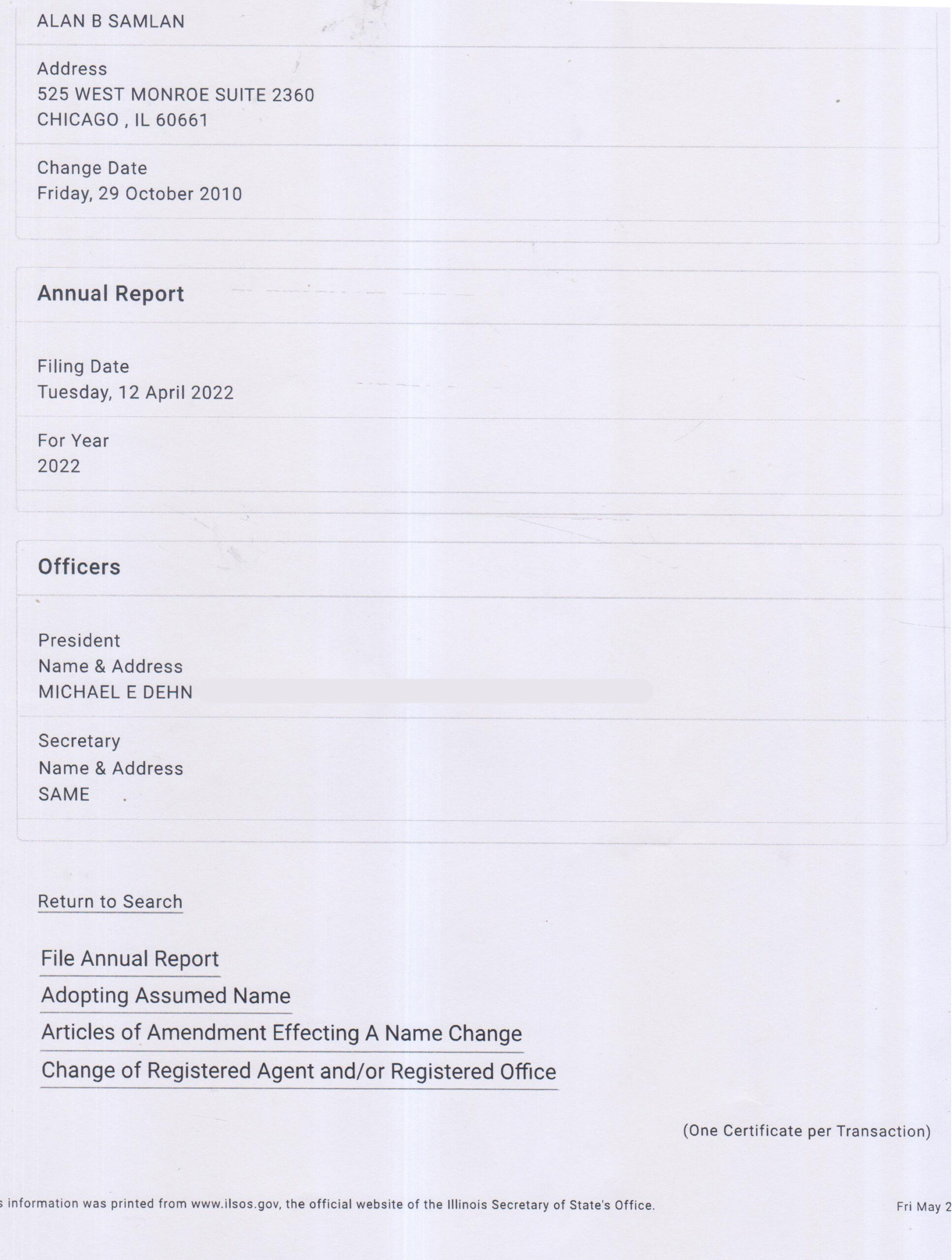 Hello, I am Michael E. Dehn, President and CEO of Metro Pulse, Inc. celebrating its 42nd year in business on May 1, 2022.

This Guinness World Record certificate (pictured) describes one of my many entrepreneurial pursuits. This one concluded in 2017, after 30 years, by selling the remaining ticket inventory, associated domain names and social media accounts.
Sales contract for ticket inventory purchase featured here.

One would think that would signal the end of my involvement in the Led Zeppelin ticket project. However, being trained to recognize opportunity and the emerging technology around Non Fungible Tokens (NFTs), I still possess rare one-of-a-kind “remnants” of my history with these tickets.

Bundled NFTs are described as selling the actual physical item in tandem with the digital one of a kind “token” that confers ownership of the image to the buyer.

I had always thought “my story”, on the trials and tribulations of THE 30 YEAR PROCESS of selling them and my beating cancer, and lessons learned in life and business, should be told and as I recognized how this all could be manifested thru NFTs offered here. 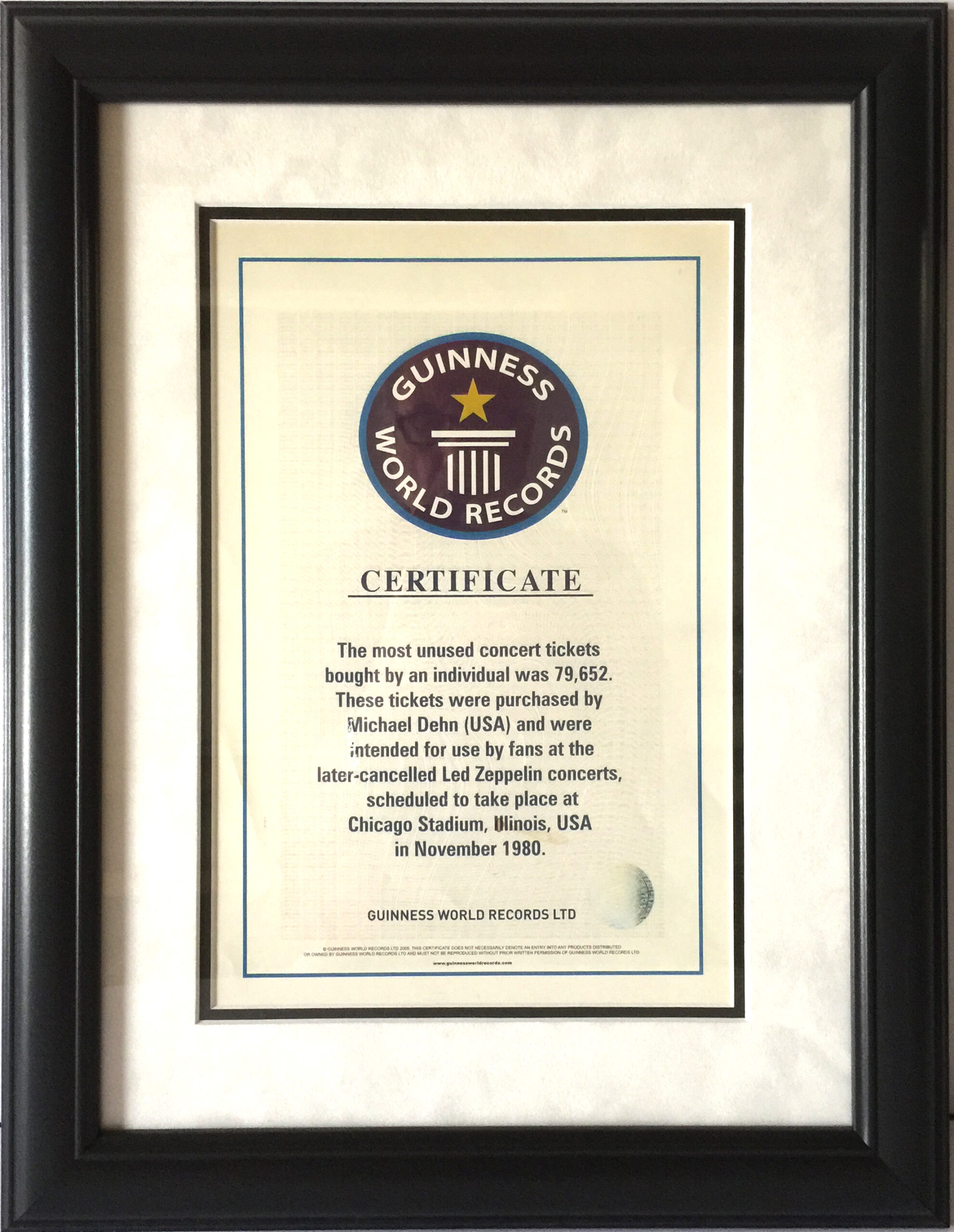 When we decided to pursue the idea of selling our extremely limited quantity of the rarest of the rare Led Zeppelin 1980 Chicago Stadium  memorabilia tickets and one of a kind media art as BUNDLED NFTs, we were operating in a nascent marketplace in the embryonic stages of development.

The project was spawned in April of 2021 when I began assimilating the disparate pieces of my entrepreneurial journey through the sale of these tickets via my archived media art chronicling the project over the course of 30 years of my involvement. It was a time consuming artistic and creative task that took almost a year to complete from start to finish. Once completed, it then made sense to expand the digital and physical offerings featured to include not only the copyrighted NFT media art to the concert that was not to be but the also the limited quantity of the framed ticket sets I had in possession as we built out the site for the direct sale of the pieces.

As I studied the EXTREME ups and downs of the cryptocurrency markets prior to our launch this last April, I determined I WAS NOT wanting to receive crypto as payment and opted for direct cash payments instead which proved to be a wise decision in the short term as crypto values plummeted over that time.

But as the cryptocurrency market cooled over the last few months, my projections on my perception on the cash values of my items as seen  thru the reckless abandon of the crypto values being paid for items became more and more lopsided in the wrong direction. The gamble was placing enough of a cash value on these items so if someone bought them and resold them in a crypto world I would get a fair share of the inflated value recognized.

One of the things I learned about the NFT marketplace is that it represents a far larger market for certain items than the physical collectible markets we are all acclimated to. The insertion of smart contracts in certain transactions allows for a revenue stream to the multiple owners registered on the blockchain adding to its allure through documented downloads across  the Internet.

I have marked down the values on the ticket related offerings to reflect these new market conditions but wished to explain my thinking as to why. 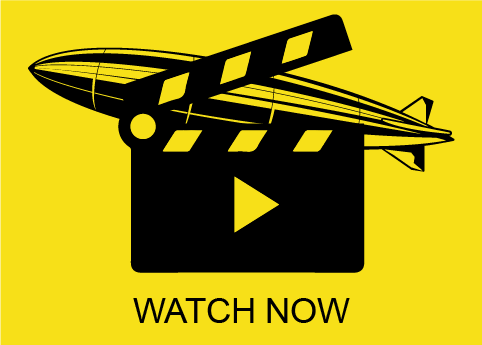 Watch the history video of
“The Concert That Was Not To Be”
Narrated by Michael E. Dehn. 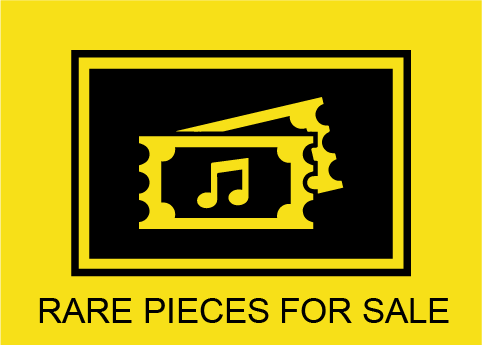